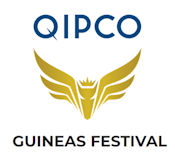 The QIPCO Guineas Festival at Newmarket’s Rowley Mile racecourse kicks of the flat racing season with the first two classic races of the year, the 2000 Guineas and 1000 Guineas. The 2023 Guineas Festival Horse Race meeting will be held over 3 days between Friday, 5th May 2023 l 2023 and Sunday, 7th May 2023.

Finding the top Guineas Festival betting sites is not just about placing hassle-free bets at good odds, the best betting sites offer a ton of data, in-depth statistics and resources to bring you closer than ever to the action. They also provide a massive assortment of Betting Markets, Accas, Outrights and the ability to bet on the fly with Guineas Festival live betting.

King Charles II returned to Newmarket 25 years after his last visit following Restoration to the Throne and spearheaded the development of the town, Racecourses and industry into what is affectionately known as the global headquarters of racing today; the Home of Horseracing.

Newmarket Racecourse, in Newmarket, Suffolk, is considered by some as the home of British horse racing; a number of leading trainers have their yards near the course in Newmarket and many key racing organisations including Tattersalls, the National Horseracing Museum and the National Stud are also based there.

Demonstrating its importance at the heart of British Flat racing for over 300 years Newmarket hosts two of the UK’s five Classic Races, the 1,000 Guineas and the 2,000 Guineas. It also hosts 9 of British racings 32 annual Group 1 races.

With a capacity of 45,000, Newmarket hosts the Guineas Festival – the first major flat racing classic of the year – which is normally held in late April or early May on the Rowley Mile course in Newmarket.

The 2,000 Guineas Group 1 classic for 3-year old colts is run over one mile. It is a valuable race with prize money drawing the best UK, Irish and French 3-year old milers. As mentioned, it is one of Britain’s five Classic races, which includes the 1000 Guineas, the Oaks (Epsom), the Derby (Epsom) and the St Leger (Doncaster).

As a Group One race the 2000 Guineas is run over a mile on Newmarket’s Rowley Mile course every Spring. The race is named after the prize fund of the original race, run over 200 years ago, in April 1809.

Some horses run in this race as part of the Triple Crown (Guineas, Derby, St Leger), however they need to be at their peak to win it and trial races such as the Craven Stakes are run during April at Newmarket. Nijinsky was our last Triple Crown winner in 1970 – over 40 years ago!

Over the years The 2000 Guineas has been won by some of the all-time great colts; Nijinsky, Dancing Brave, Nashwan, Zafonic, Rock Of Gibraltar, and arguably the best ever – Frankel. Frankel, whilst retired now, is standing at a stud nearby with a stud fee in excess of £127,000 per covering!

The 1,000 Guineas Group 1 classic for 3-year old fillies is run the day after the 2,000 Guineas, over the same distance. First run in 1814, it has been won by in the past by fillies such as Pebbles, Oh So Sharp and Attraction.

Again, regarded as a highly prestigious race, one of only five British Classics and the first fillies’ classic race of the season in the UK run at the Newmarket Guineas Festival. Similar to the 2,000 Guineas the 1,000 Guineas is run over Newmarket’s Rowley mile and is named after the prize fund of the original race held in 1814.

This race is an incredibly tough test for the fillies, the last 2 furlongs of the Rowley Mile includes ‘The Dip’; a downhill section before an uphill climb over the last furlong to the finishing post.

There is also a fillies’ Triple Crown (Guineas, Oaks, St Leger) but this is rarely attempted and is even harder to win. Only 9 fillies have ever done so – 8 of that 9 were before 1955. The last filly to win it was Oh So Sharp in 1985.

There is also a little known third course, the Round Course. This is only used once a year for the Newmarket Town Place, a race which by law passed by King Charles II much be run for ever, is still run on the same three and three quarter miles on which it was inaugurated on in 1666, three and a half centuries ago and is the one and only time each year that the ‘Round Course’ is used each year.