Offering an alternative to fixed-odds betting on horse racing, betting on the Tote means betting in a pool … you place your bet and your stake goes into a pool of money. Totepool betting can be done on a single or across several different races. The odds for a bet are determined by the amount of people in the pool and how much they are betting and what they are betting on. These factors also determine how much you win.

With the best Totepool betting sites, people just like you can start earning real money on the upcoming Totepool races.

Totepool Betting an explanation of the Tote. New Customer Offers, 18+, T&C’s Apply to each of the offers below, click “Bet Now” for more information. 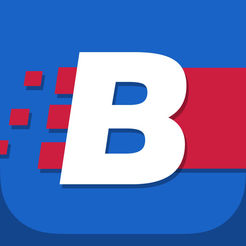 Bonus Key Qualifying Criteria:New UK customers only. Register using the promo code BETFRED60, deposit and place first bet of £10+ on Sports (cumulative Evens+) within 7 days of registration. First bet must be on Sports. £20 in Free Bets to be used on Sports, £10 in Free Bets to be used on Lotto and 50 Free Spins (20p per spin) credited within 48 hours of bet settlement. Further £20 in Free Bets credited 5 days after settlement. Bonuses have a 7-day expiry. Payment restrictions apply. SMS verification and/or Proof of I.D and address may be required. Full T&Cs apply. There are no wagering requirements for any winnings. Winnings can be withdrawn as cash.

Offering an alternative to fixed-odds betting on horse racing, betting on the Tote means betting in a pool … you place your bet and your stake goes into a pool of money. Totepool betting can be done on a single or across several different races.

Following the WW1 horse racing was becoming popular and so was betting on horse racing. However, many people were avoiding the licensed on-course bookies and were instead using illegal off-course bookmakers to pace bets. Ultimately taking money away from the horse racing industry and the Government.

As a result, in 1928 Winston Churchill’s government passed the Racecourse Betting Act and established the Racehorse Betting Control Board to police the act and ensure a safe, regulated betting industry with money going both to the Government but also back into the horse racing industry.

The Horserace Totalisator Board or the ‘Tote’, as it became known, opened for business at the flat race meetings at Newmarket and Carlisle on 2 July 1929.

Now for those not at the race meetings there was still an interest in betting off-course and so in 1930, Tote Investors Ltd was created (nothing to do with the Government owned Tote) to ensure some of the money bet off-course still went into the Tote pool.

Over the years the betting industry evolved and underwent significant change, so in 1961 the Government introduced a Betting Levy Act to allow bookmakers to have legally have high street shops for the first time. In 1962, the Government bought Tote Investors Ltd.

In 1972 the Tote opened its first high street betting shop and now employees over 4,000 people. Following this in 1992, Tote Direct was created so that tote betting can be done from other high street bookmakers. Now over 7,000 betting shops offer tote betting, the majority of which are not Tote-owned, as well as via other online gambling websites.

Another major development in 1999, saw the Tote link with C4 racing and the introduction of Scoop6. This is where punters aim to select the winners of six televised races. This proved enormously popular and has produced a number of horserace betting millionaires since its conception.

In recent years the Tote has secured formal pool betting links across Ireland, the US, Germany, S Africa, France, Canada, Cyprus and Holland.

The Tote was privatised and sold to BetFred in July 2011, and now under the brand totesport the TOTE has around 514 high street betting shops, on-course presence at most of Britain’s 60 racecourse, an internet site and a call centre division. BetFred is the only UK organisation allowed to run pool betting on horseracing. It has secured a seven-year exclusive licence.

So, what started out as a way of the Government regulating the horse racing industry and earning money from betting, has evolved and developed into one of the biggest specific sport bookies in the business.

TotePlacepot – the most popular bet, simply pick a placed horse in the first 6 races at a meeting. It costs as little as £1 to play and pays an average of about £400 to that £1 stake.

ToteJackpot – pick only the winner in each of the six nominated races.

ToteScoop6 – usually available every Saturday and all the big racing festivals with three ways of winning – Scoop the Win (picking all six winners), play for the Bonus fund the following week, Place Fund for 6 placed horses.

Totewin & Toteplace – an alternative to taking the odds on a horse.

Toteexacta – pick the first and second placed horses in the right order and you win.