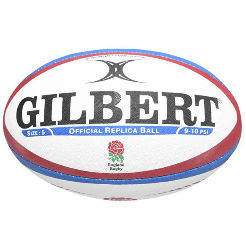 Like most other sports, Premiership Rugby is starting to talk about how to resume rugby safely, with players and staff welfare at the heart of any decision making. However the RFU has warned there is “still significant work to do” before any date is confirmed.

The Rugby Players’ Association has also said that “no players, coaches or support staff will be at significant risk when rugby returns”.

There are nine rounds of outstanding fixtures, and following government guidance a return date in early July seems the target. It is understood that the league wants to use a single ground both for safety and logistical reasons. A ground outside of the 12 Premiership venues has been considered, but is unlikely due to the lack of control of the venue during the week for safety reasons.

Obviously Twickenham was discussed as the best option to host all the games, but it is currently being used by the NHS and it is very expensive to run. Wasps home ground, the Ricoh Arena in Coventry, doesn’t have the nearby training facilities so has been discounted, but it is believed Bristol has proposed its Ashton Gate base as a possible venue.

It is understood the selection criteria laid out for any possible stadium host are:

There is a meeting this week for further discussions and “back to rugby” planning, but some Premiership clubs are set to begin a phased return to training next week.

As with other sports, there is also a concern regarding how this extended timeline affects players who will be out of contract at their current clubs at the end of June. Can they / should they return to train with a club for a couple of weeks knowing they won’t be playing with them again?

Also at stake is the worrying financial position many clubs find themselves in due to the coronavirus pandemic. As a result, most clubs have pushed through a 25% wage cut on their players, likely to remain for the foreseeable future, as it expected that full crowds and resulting full revenues cannot be expected potentially until 2021.

Summer tours are off globally but there is hope of re-starting Test rugby in October, a period that has also been mooted for European finals. No firm plans or dates are in place for the Pro14 or their counterpart competitions in England and France.

However some players are concerned about the length of time it will take for players to get Test-match fit. Former Wales captain Gwyn Jones says it will “take months” for players to be ready following their lay-off during the coronavirus pandemic.

“The return will have to be slow,” says Wales captain and former flanker Gwyn Jones.
“Playing an intense international will take some time after months off.”

Despite safety concerns regarding contact rugby, he warned against suggestions that lessening contact when the sport resumes will be suitable for all levels.

“We’re all waiting to go back to rugby and life as we remember it,” Jones said. “I think if you change the rules because of this pandemic they would be short-term changes. People just want some kind of rugby. But rugby is the kind of sport where contact is a necessity – it’s part of the game. Touch rugby could work on a village level, but that won’t satisfy people who want to see live rugby on the TV and that’s what funds the sport” Jones concluded.

Most of the rugby return-to-play information has focused on the men’s game, but there are less details about the women’s game returning.

However Katie Sadlier, the governing body’s general manager for the women’s game, has said “We’re working with our unions to make sure that they get back on track and support their women’s programmes as quickly as is possible.”

She continued by saying women’s rugby is still one of the top three priorities and that the commitment remains despite the coronavirus pandemic putting a strain on finances.

“We’re pushing normalising women’s rugby on and off the field,” she said “I’ve been talking a lot about the impact of Covid and the challenges, and we’re in a really unique situation. 2021 will be an amazing opportunity.”

Women’s rugby is the strategic growth area of the game with participation up 28% year on year.

Finally I will leave you with the words of Sir Bill Beaumont, World Rugby’s chairman:
“We are all missing the sport that we know and love. While it is difficult not to be playing or training, advice by the respective governments and authorities must be adhered to.

“World Rugby, in full partnership with unions and players, has been busy behind the scenes ensuring that everything is in place for a safe and speedy return to the sport when it is appropriate to do so. This includes delivering best-practice coaching, refereeing and conditioning webinars, resources and apps and, of course, a phased roadmap for the sport’s return to training and playing.”