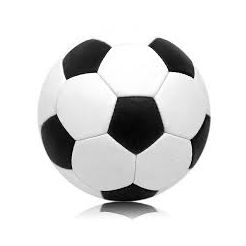 In these challenging times most football across Europe has been suspended due to continued spread of coronavirus, including all the top flight leagues. However as light slowly appears at the end of the Covid-19 tunnel, different countries have different approaches as to how football might start to be played again.
Currently the European outlook for completing the top flight leagues is as follows.

UK – Premiership & Championship
The beautiful game is suspended indefinitely across England. The entire football landscape has been transformed in the space of just four weeks as the world seeks to limit the impact of the virus.

It was announced on 13th March that with the escalating spread of coronavirus, The Football Association, English Premier League, EFL and Barclays FA Women’s Super League and FA Women’s Championship collectively agree to postpone the professional game in England until 3 April at the earliest.

Later that month the suspension of all English football was extended until 30 April when it will be reviewed again. However the FA has agreed that the current season can be extended indefinitely.

Germany – Budesligia
Leading the way, German teams became the first in Europe to return to training with new safety measures in place. The German Budesligia was suspended on 13 March but there is hope that the season will continue in May for the top two divisions. Important meetings take place on 23 April between the German league and all 36 clubs in the first and second division, and also key, a meeting on 30 April between Germany’s federal Government and federal states – giving the green light for games to resume behind closed doors.

Spain – La Liga
The Spanish league is also hoping to restart at the end of May / beginning of June with a possible date of 28 May being touted as the best case scenario according to Spanish La Liga president Javier Tebas. However training will not restart until the emergency measures currently in place until 26 April are lifted. Tebas is adamant and says La Liga is not contemplating leaving the domestic campaign unfinished.

Italy – Serie A
Similar to Spain, the Italian Football Federation (IFF) president, Gabriele Gravina has said Italian Serie A could return in late May or early June.
The Italian lockdown is due to lift on 3 May, and Italian players would like to be able to start training on 4 May but have yet to get any assurances from the sports minister Vincenzo Spadafora that this will be permitted.

Given that Italy is one of the countries worst affected by the pandemic with a number of players having become infected, the IFF hopes to test players for coronavirus from the beginning of May.

At this stage Serie A has insisted it is committed to finishing the season.

France – Ligue 1
Despite being another one of the worst hit countries in Europe and French president Macron extending the lockdown to 11 May, the French governing body the Ligue de Football Professional met recently and voted to resume the French Ligue 1 season.

The exact timing awaits Government agreement that the game can be played behind closed doors, but it is hoped it will resume in the middle of June and finish at the end of July. This will allow a short break before the 2020-2021 season begins mid August.

Holland – Eredivisie
Dutch Eredivisie, Dutch football association “intends not to continue” after the Government extended a ban of major events until 1 September 2020 due to coronavirus.

Belgium – Pro-League
Season has been cancelled, although decision has not yet been ratified.

European Titles
Since the outbreak of the pandemic, UEFA has postponed Euro 2020 for 12 months as well as postponing the Champions League and the Europa League finals.