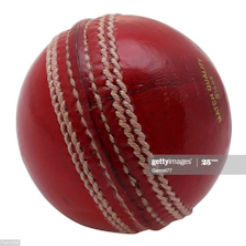 Howzat-All Cricket On Hold This Season

Despite Boris Johnson promising light at the end of a long tunnel, for British cricket that light is not looking too bright at the moment.

As the England and Wales Cricket Board (ECB) announces no professional cricket will be played in England and Wales until at least 1 July due to the global coronavirus pandemic, a decision has also been made that the new The Hundred competition will be delayed by one year until 2021. Furthermore, all recreational cricket remains suspended until further notice.

All have huge implications for players, spectators and the general financial wellbeing of the game and whilst a date of 1 July has been mentioned for the restart of professional cricket, this is subject to ongoing advice from Government and health experts as well as consultation across all broadcast partners to discuss the best way to restart fixtures both domestically and internationally.

“Our role as a national governing body during a crisis of this scale requires us to carefully plan alongside cricket’s stakeholders and supporters to attempt to overcome COVID-19’s impact on this season” commented Tom Harrison, ECB CEO.

“As much as we remain hopeful that we can deliver some cricket this summer, we are in the midst of a worldwide crisis and our priority – over and above the playing of professional sport – will be to protect the vulnerable, key workers and society as a whole.”

The Hundred was cricket’s flagship new tournament, and the ECB hoped it would bring a new, younger and more diverse audience to the sport. It has already invested millions of pounds into The Hundred and now it has become the latest sporting casualty of the coronavirus pandemic

Listing a number of reasons for the postponement related to the worldwide pandemic, although the new 100 ball competition will go ahead next year, there will be some changes to the planned format.

For instance, international player availabilities for 2021 could be an issue as some players already have commitments for next year and when the UK leaves the EU some overseas players will no longer be eligible to play after Brexit next year.

Optimistically, the ECB still hopes to host some cricket, both domestic and international, this season, potentially behind closed doors, but Harrison said cricket will be dealing with a “very significant financial impact” after the pandemic.