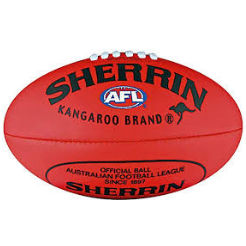 It may be the other side of the world, but football has been brought to a standstill in Australia too.

The 2020 Toyota AFL premiership season was officially suspended after the completion of round one due to the global pandemic. This suspension will run until 31 May when it will be reviewed accordingly to Government direction combined with medical and scientific advice.

“To say this is the most serious threat to our game in 100 years is an understatement” warned Gillon McLachlan, AFL chief executive. Mr McLachlan said everything needs to be done to slow the spread of the coronavirus and get people as healthy as possible. “As a community and as a code we all need to take the unprecedented and required actions to get through this together.”

It should be noted that whilst a number of players have been tested, there are currently no AFL or AFLW players who have tested postitive for coronavirus.

There is a scheduled national cabinet meeting on May 10 which is likely decide on a potential return date – a June date for a modified season is the best case scenario – and now that travel restrictions across Australia have been relaxed, the majority of clubs are beginning to recall players.

Although no official restart date has been announced there is hope training might resume next week following the lines of the government’s phased return to sport plan.

Initially when considering how play would be allowed to resume, it was thought likely all club and league officials would have to go to isolated hubs across Australia for up to 20 weeks in order to prevent the spread of coronavirus. Now there is increasing optimism that resumed play will not involve large-scale quarantine hubs.

Going forward a more traditional home and away fixture sheet may be possible to allow the season to be completed.

The 2020 NAB AFL women’s competition was cancelled in March and it was announced no premier will be awarded.